Ruby is a dynamic, reflective, object-oriented, general-purpose programming language.
It was designed and developed in the mid-1990s by Yukihiro "Matz" Matsumoto in Japan.
Here are Top 10 projects on github in Ruby:

DevDocs is a web app aimed at providing you with quick access to the reference manual of just about every front-end language and library.
It lists all the APIs of a given selected language and their official documentation in an easily browsable and viewable format, without the needless menus and tacky attempted styling that official sites like php.net try to pull off.
It’s an Ajax-driven and open source web app with syntax highlighting, even available as a Chrome extension or as a plugin for Sublime Text or Brackets

Strong Migrations detects potentially dangerous operations in migrations, prevents them from running by default, and provides instructions on safer ways to do what you want.
Catch unsafe migrations at dev time.
This software is very important for detecting dangerous softwares.

Jekyll is a blog-aware, static site generator in Ruby.
Jekyll does what you tell it to do — no more, no less.
It doesn't try to outsmart users by making bold assumptions, nor does it burden them with needless complexity and configuration.
Put simply, Jekyll gets out of your way and allows you to concentrate on what truly matters your content.

Discourse is the 100% open source discussion platform built for the next decade of the Internet.
Use it as a mailing list, discussion forum, long-form chat room, and more!
Discourse is a from-scratch reboot, an attempt to reimagine what a modern Internet discussion platform should be today, in a world of ubiquitous smartphones, tablets, Facebook, and Twitter.

Rails is a web-application framework that includes everything needed to create databasebacked web applications according to the Model-View-Controller (MVC) pattern.
Understanding the MVC pattern is key to understanding Rails.
MVC divides your application into three layers, each with a specific responsibility.

thor is a simple and efficient tool for building self-documenting command line utilities.
It removes the pain of parsing command line options, writing "USAGE:" banners, and can also be used as an alternative to the Rake build tool.
The syntax is Rake-like, so it should be familiar to most Rake users.

Homebrew-Cask extends Homebrew and brings its elegance, simplicity, and speed to the installation and management of GUI macOS applications such as Atom and Google Chrome.
We do this by providing a friendly Homebrew-style CLI workflow for the administration of macOS applications distributed as binaries. 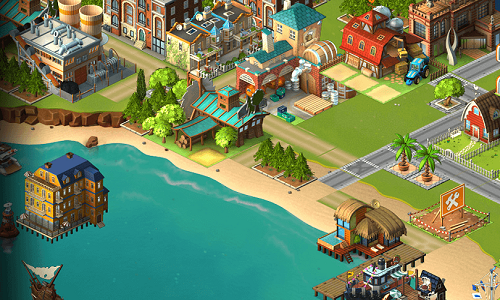